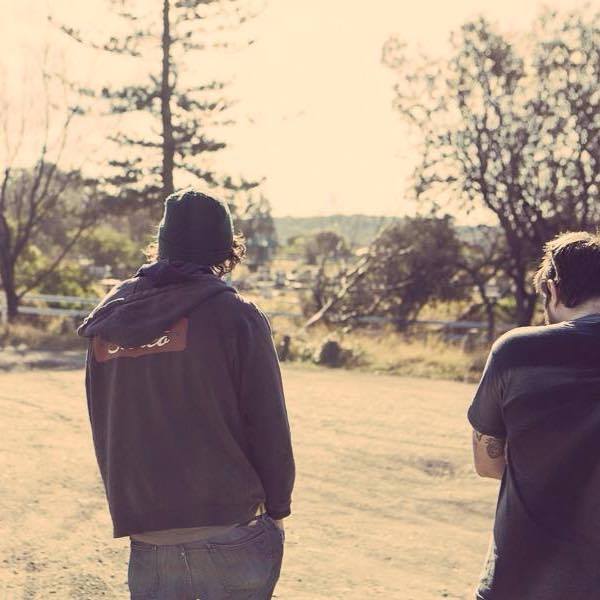 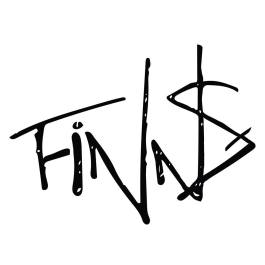 Straight outta Adelaide, The Hard Aches put out the best kind of punk rock music: raw and real, with a sucker-punch to the feels. They burst onto the scene recently, being put on Triple J’s full rotation list and scoring support slots for bands such as Luca Brasi, Milencolin, The Bennies, and Tired Lion.

We caught up with the guys who filled us in on what they have been up to lately, learned a bit about their music taste, heard a few tour stories, and found out what’s in store for them in the coming months.

Your latest single is ‘Glad That You’re Gone’ – can you tell us a little bit about the song and the inspiration behind it?

Things are good, Things are bad, It’s probably my fault, why do I suck so much, blah blah blah and rinse repeat. Pretty sure that’s all of our songs

On a serious note Glad That You’re Gone is the first single from our upcoming new EP “I Freak Out” (out September). We were lucky enough to go record with Lindsay Gravina (he’s responsible for so many of our favourite Australian albums like The Living End ST & Magic Dirt).

Glad That You’re Gone has recently been added to Triple J’s full rotation. When you first found out that was happening, how did you feel? Did you celebrate at all?

Yeah, that was so rad. Triple J have supported us a bunch over the last year but this was our first full add. It’s a really strange awesome feeling but it’s also pretty surreal, as a kid I listened and thrashed JJJ every day. To even get played was something I never thought we’d achieve. Rotation is nuts though.

Our lives are a constant celebration!!

You’ve just recently finished a tour with Triple J mates Tired Lion. Were there any highlights from the tour? Any funny stories (that can be published)?

Those shows were really cool. It was a real cool mix of people at the shows. Great vibes every night of that tour.

Earlier this year you had the awesome opportunity to take the Laneway Festival stage. How did you score that?

Yeah, that was nuts. Big eternal thanks again go to Triple J unearthed for supporting  us at that one, that was so rad. It was a great line-up with a bunch of our mates already on that tour so was a good catch up, plus JJJ played a couple of our songs from our set later in the arvo, that was pretty nuts hahaha.

It was a pretty full on day though. We were on tour at the time and played Canberra the night before then straight after our laneway stint we had to fly to Sydney and play there. Was pretty nuts, we ended up doing 3 shows in 3 states (ACT, SA, NSW) in less than 24 hours. It was so much fun but really dumb. Would not recommend!

Were there any big names you got to rub shoulders with at Laneway? Any potential collabs we can look out for?

We unfortunately didn’t get to hang around all day, due to playing Sydney the same day. It’s always great to catch up with our mates Smith St, High Tension and Violent Soho. We made sure to go and hang out a little longer at the Sydney date a few days later; seeing Smith Street Band play to an absolute sea of people was inspiring to say the least

Speaking of festivals, there’s a cool mini two-day fest coming up in July that you’re headlining at the Crown and Anchor in Adelaide.
There’s a pretty decent lineup over the two days of Party Party Part-Sea and there hasn’t really been that many events like it before in Adelaide. How does it feel to see these kind of events start to pop up again, especially in Adelaide?

We actually put on and curate the Party Party Party festivals. It’s in its 3rd year this one. We were pretty stoked to get this lineup together. We love putting on shows with mates and bands we have a lot of respect and time for. It’s basically just a 2 day party for all of our friends (new and old). There are a few really cool events (similar to PPP) popping up in SA now. Stonecutters and Scumfest to name a couple. It’s rad, Long live the smaller locally run DIY festivals.

We all know the bad rap Adelaide cops sometimes in regards to its live music seen. What do you make of it? Do you think it’s thriving or is there room for improvement?

It’s all a load of crap. Adelaide kicks ass, shows here do and fuck there is SOOOO much talent here. Look at Bad//Dreems, Grenadiers, Tkay Maidza, Hightime, Horror My Friend, That’s just naming a few. That’s some world class acts.

Shows here are best too, crowds are so respectful and really just love music. There’s no bullshit! We wouldn’t trade our hometown for the world.

You scored the support slot for a tour coming up in August with Luca Brasi and Moose Blood. How did that come about?

Yeah that tour is going to be so much fun. We’ve been buddies with the Luca boys for a long time now. We used to cover one of their older songs in our set back when both bands were just starting out, and both bands were still learning their chops (and The Hard Aches even had a bass player at the time! https://www.youtube.com/watch?v=8teiiztJJ2o

It’s really cool they hit us up about this run of shows. Moose Blood kick ass too. It’s gonna be a real fun couple of weeks, I’m equal parts excited as afraid!

Have you ever found inspiration from/been influenced by Luca Brasi’s or Moose Blood’s music?

Totally, 100%. We are constantly inspired by the amazing bands and people we are lucky enough to share stages/floors/beers with. So many homies of ours are killing it right now, Luca for one are blowing everyone away! That is so inspirational, it’s the shit dreams are made of. As for influence, everyone wishes they could riff like Lucas Tom Busby.

Is the music you guys listen to similar to what you play? Why/why not?

Yes and no. We’ve never been a band that takes another bands sound and emulates it. We literally just jam and see what the hell comes out. There are no rules. One day we might play Ska or Speed Metal, who knows haha

Our music tastes are so broad. Tour Tunes are so random haha. One second it could Menzingers or Pup then we could be smashing Fleetwood Mac or something. We’re looking forward to spending some time with Moose Blood and getting the lowdown on some new UK acts. We’re big fans of stuff like them as well as Great Cynics, Muncie Girls & Caves from over there already.

Foley! And Hyder Seek. They are doing great things I reckon. I can’t wait for Foley to release something new, I could only describe them as Posi-Emo, if that makes any sense.

With the election coming up, a number of bands and artists have been weighing in on the topics they are passionate about. Are there any areas you would like to see politicians (and the winning party) focus on?

Down with the Alco Pop Tax. It’s about time the prices of Vodka Cruisers dropped.

What’s next for The Hard Aches? Are you mainly keeping busy on the road, or will you be recording as well?

Super busy on the road. We head out in August and we pretty much gig up til Feb.
We spent a couple weeks in the studio earlier this year so we have a new EP up our sleeves. It’s called “I Freak Out” and will be getting released in September on Anchorhead Records (More info TBA). So we’ll be busy touring that for a while I dare say! Besides that, we’re just going to wait for our Vodka Cruisers sponsorship to come through so we can finally realize our dream of standing behind a top tier liquor company. 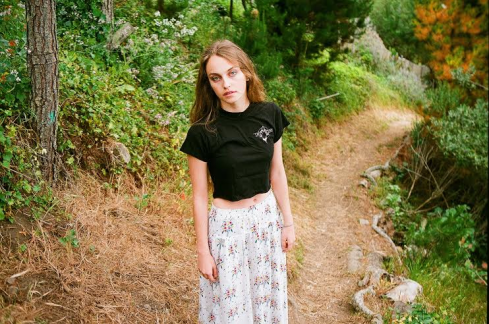 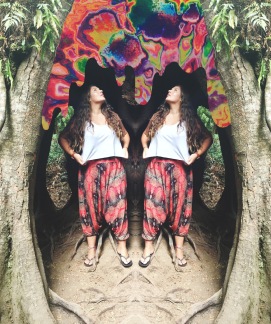 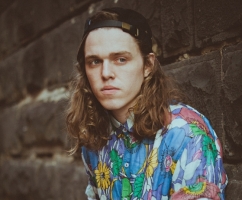 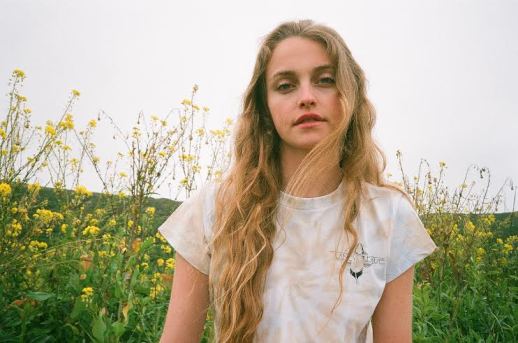 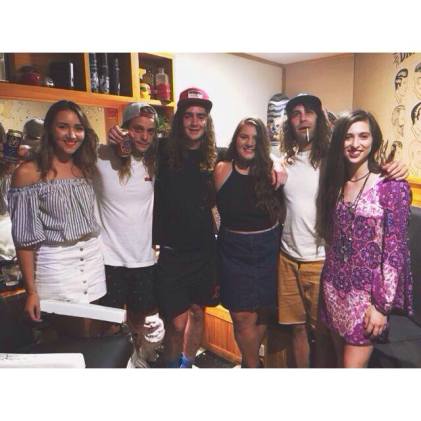 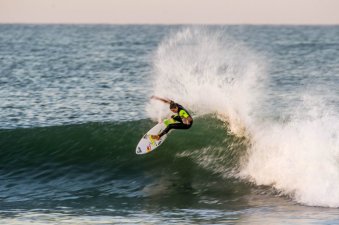 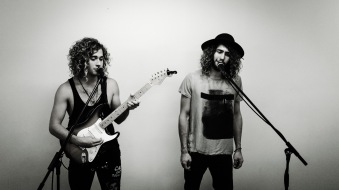